Death of the Old School Agency 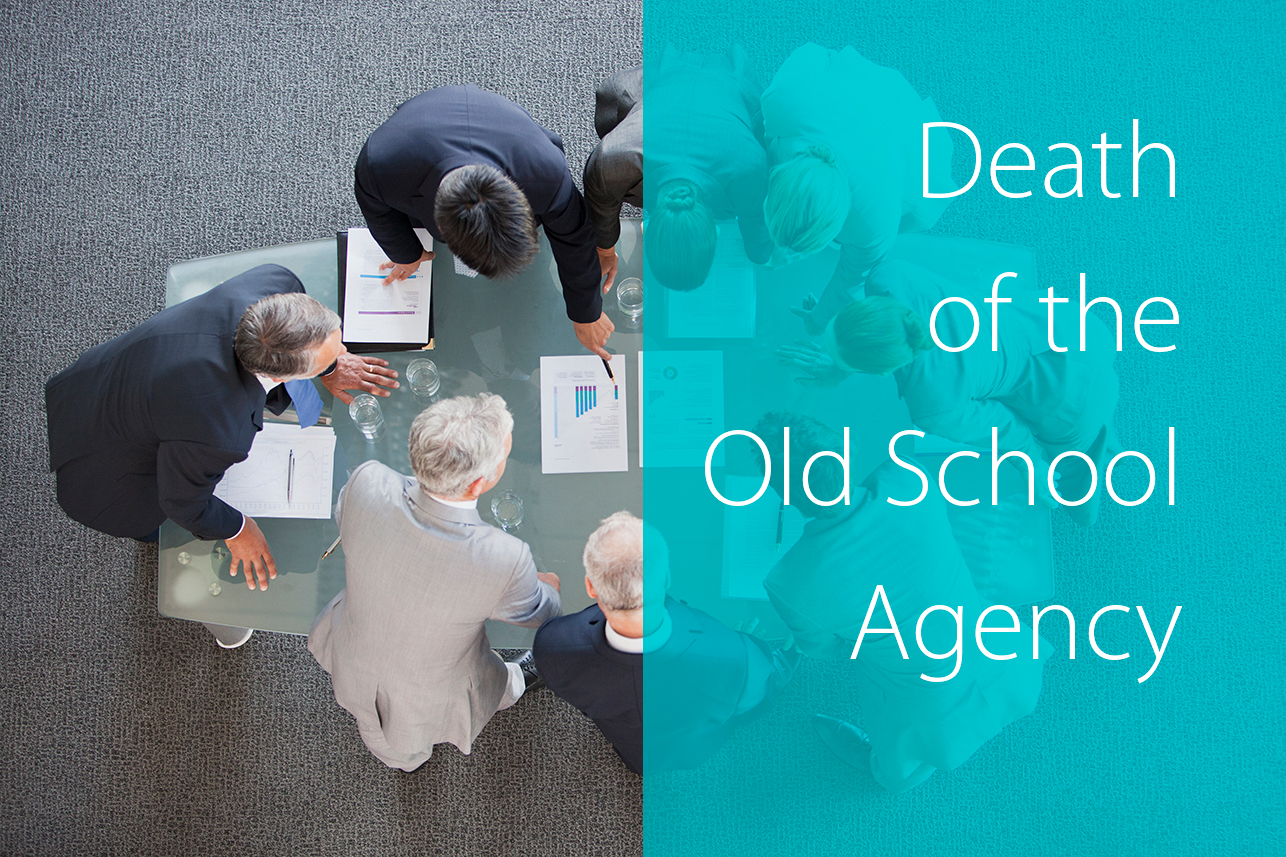 This is an excerpt from the 2018 State of the Insurance Industry Report by Michael Jans: The Death of the Old School Agency: The rise of the new marketing masters. To download the full report, click here.

The rumble of change is afoot.

But, change isn’t new to the retail insurance insurance agent.

After all, agents of all generations – Boomer, Gen X, Millennial – could easily say:

The average agency of today doesn’t look like its counterpart from a generation or two ago.

Yet, agencies of all sizes and levels of maturity have declared bewilderment at the sheer pace and nature of change demanded of them today. Such that they just as easily may declare:

‘But, it’s not my dad’s industry either.’

What’s familiar is disappearing. What used to work, doesn’t.

Incoming generations rightfully feel some pride as they assume leadership. It’s good to finally be in control.

But, all too often, they reveal a nagging sense that, given the topsy-turvy pace of change in their world, they just may not be in control at all.

Is the gap between agency performance and consumer expectation too big for the industry to jump?

Whatever generation they represent, alert agents declare their own vexing anxiety that the gap between agency behavior and what the world expects and demands is big and getting bigger.

Further, there’s a sense that the dark mysteries that lie around the corner – more changes in technology, consumer behavior and competition – might hold nasty surprises the independent agency channel is simply not prepared for.

It’s possible that both the nature of the trends affecting the industry and the very speed of those trends represents a new form of threat for which many agencies are unprepared.

It’s worth remembering this isn’t the first possible phase change the industry has suffered. In the early 1980’s industry observers estimated the number of independent agencies at roughly 80,000 – a number that quickly shriveled to about 40,000.

Why? Many were simply unprepared or unwilling to negotiate industry pressures to adopt the new technology of the day – agency management systems – or they were unable to endure the long soft market of the 1980’s.

While turbulence often causes harm – industrial ‘winter kill,’ so to speak – it also clears the field for the strongest, fastest and smartest.

How to prepare for change (and why ‘tricks are for kids’)

Inspired by a $40 late fee for an overdue video, Reed Hasting started Netflix in 1997.

Blockbuster chose not to react. After all, it was the 800-pound gorilla in its field. In 2003, their revenues topped $5 billion.

In 2008, Jim Keyes, Blockbuster CEO famously declared that Netflix ‘is not even on our radar’ as a competitor.

By the time the company chose to react, it was too late. In 2010, Blockbuster declared bankruptcy.

How could they have saved themselves?

Not with tactics – more stores, more movies, more discounts…more of the same.

Netflix beat Blockbuster with strategy. And, Blockbuster could only have beat Netflix with their own strategy: by knowing what trends to pay attention to, and intelligently reacting to them on time.

Strategy aligns every behavior, action and task – so they all go in the same direction. Minimal waste. Maximum output.

As Richard Rumelt stated in Good Strategy, Bad Strategy, ‘Good strategy works by focusing energy and resources on one, or a very few, pivotal objectives whose accomplishment will lead to a cascade of favorable outcomes[i].’

In other words, good strategy creates leverage: the ability to gain such measurable advantage that you generate higher input with less or equal output.

In turbulent times, it’s easy to get seduced by the ‘shiny new thing.’ Or, to follow a ‘guru with a gimmick.’

They may be good tactics. But, tactics without strategy are tricks – and  ‘tricks are for kids.’

The challenges facing the independent agency channel are ‘grown up’ challenges – and place the response directly in the lap of agency leadership.

Nobody said it was easy.

The critical issue is this:

What is that right direction?

If you have everything going in the same direction – which strategy demands –  you’re gambling the pot on one thing.

A wrong turn could be as disastrous as no turn at all. How do you know it’s the right direction? What process do you employ to arrive at your hypothesis?

Answering those questions, and presenting a defensible and, ideally, high-leverage course of action is the job of strategy.

In this fast changing era, it’s all too easy to be seduced by the latest techniques and tricks. By gizmos and gadgets. By the ‘shiny new thing.’

Similarly, strategy should not be confused with passion, courage, goal-setting, team-building, marketing – or any number of other critical entrepreneurial traits and behaviors.

The truth is, strategy is too-often avoided for one simple reason: it’s hard.

It requires a sober, no-nonsense assessment of the what’s happening – good and bad – both within and outside the organization.

To uncover ‘what’s happening’ requires withdrawal from the demands of the day – an almost overwhelming requirement when said demands are themselves overwhelming.

But – especially as industry forces become turbulent – strategy separates the winners from the losers.

Only when the powerful – and sometimes mysterious –  forces of the world you live in are understood can you trust that you can ‘ride the waves’ of those forces and use them to your advantage.

Or, unprepared, you could watch them over-power you. These are the same forces that are:

So, what are those forces that are so powerful they can’t just not be ignored…they need to be obeyed or harnessed?

While the industry as a whole – agents, industry pundits, ‘gurus,’ and carriers – have been shouting ‘go digital or die’ from the rooftops for some years, digital marketing is not strategy.

After all, agencies across North America have gone willy-nilly with wasteful and unproductive digital marketing efforts.

Rather it must be nested within strategy.

Of course, a list of forces, trends and pressures could be ad nauseam, but that would render it meaningless.

Perhaps the most arduous challenges facing the strategist are:

The purpose of this report is to assess those forces that meet that criteria – ‘too important to ignore’ – and to suggest a strategic course of action for the independent agency channel. It is presented, even more so than in previous years, with a sense of urgency, as indicated by the very power and speed with which these forces are moving.

The purpose of this report is to:

It is provided with the hope that:

Four forces that cannot be ignored

Just what are those forces that agents must understand and, ultimately, master?

Our research has identified four:

These forces do not exist in isolation. They overlap. They support each other. In some cases, they accelerate each other.

They are, as a whole, not a surprise. Most agents hear about them, read about them, and often, experience them.

This is an excerpt from the 2018 State of the Insurance Industry Report by Michael Jans: The Death of the Old School Agency: The rise of the new marketing masters. To download the full report, click here.