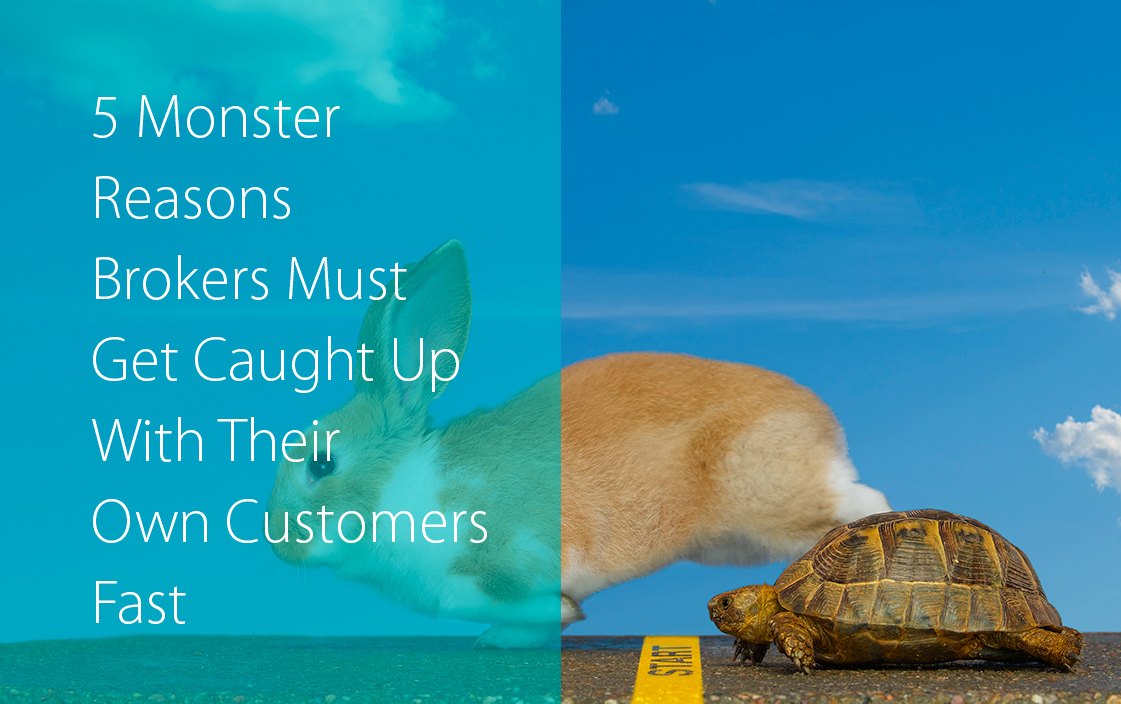 What are the forces affecting agencies today? And what should agents do about it?

Let’s have the courage to analyze it, examine it, poke it, prod it – and see how our channel stands up to the closest scrutiny. (Hint: there’s good news at the end!)

First, let’s look at what ‘the five forces’ reveal about agencies & brokerages today

Michael Porter, often considered the godfather of ‘strategy’, identified the five major forces that affect a business. In our industry, we could state them as such:

Consolidation. It wasn’t that long ago that the top ten carriers represented about 59% of all market share. Then in 2012, they represented almost 70%.

In 1995 the top 25 carriers represented 69.8% of all market share, and in 2012 almost 84%. Carriers are consolidating. That means that we — agents and brokers in the independent sector — have fewer choices.

Carriers have always maintained a powerful position in the agent-carrier relationship. Independent agents could counterbalance that power because they had other carriers to represent, select for placement and negotiate with.

As consolidation continues, the balance of power shifts to the carrier. Agents must rebalance the scale by:

While a Travelers personal lines policy may be the most wonderful thing in the world, the average consumer is going to have a hard time telling the difference between that policy and a Safeco or State Farm policy.

It’s what happens when industries mature. They copy each other and sooner or later start looking the same.

For a growing segment of consumers — who are continually brainwashed with advertising about ‘price, price, price’ — price is the only distinguishing feature between one provider and another. (Yes, like pork bellies.)

If, in fact, consumers think carriers are largely the same, the burden of ‘proving the difference’ relies on the retail sector.

The responsibility to design, create and deliver distinction falls to the agency or brokerage. Being a mere pass-through for the provider is no longer sufficient.

You’re either unique, or you’re replaceable.

There are some industries where you have very few buyers. Happily, we have a lot of buyers. That’s the good news. Everyone buys insurance.

The bad news, for most agents and brokers, is that buyers have changed.

To say that the ‘consumer is digital’ is an almost silly understatement. (The average age a U.S. citizen gets their first smartphone is ten.)

When they change, they expect you to change with them. (Or they’ll find someone who has.)

We recently surveyed the industry with one question: Do you feel the world is changing faster than your firm?

When Jack Welch was CEO of GE, he said, “If the external world is changing faster than the internal world, the end is near.”

Being behind the consumer is no way to capture them.

Consumers expect you to be present with them. Perhaps slightly ahead, providing leadership.

When you adopt technologies that allow you to communicate effectively and meaningfully to customers, they don’t think you’re ‘far out there’ on some cutting edge.

They’ll simply think you’re there, where you’re supposed to be.

The ‘good news’ of the ubiquitous consumer is balanced by emergence of new competitors (and savvy agent-competitors) who are simply doing what consumers want. Being present.

The disconnect between the retail force and the consumer is deadly. If there is a call for urgent action anywhere, it is here.

The Threat of New Entrants and Substitutes

So far, the growth of competitive channels — at the expense of the agency force — has largely been in the personal lines sector.

Expect that to change. Commercial lines (at least, in the ‘small commercial’ end of the spectrum) is being actively targeted by emerging digital competitors.

84% of small business owners claim they’d be willing to ‘buy direct.’ No broker.

Business owners are the same consumers switching to GEICO for their personal car insurance. They know a trend when they see one. And we know consumers have an appetite.

The question is: are there more alternative providers that might be willing to jump into the fray and take that consumer away from you?

More and more competitors are swarming into the market.

Other industries got ‘hit’ with digital disintermediation earlier. Perhaps it was simpler.

But, it would be naïve to think — with the trillions of global dollars that flow through insurance — that we’d be somehow ‘left alone’ by disruptive forces.

There are no inherent ‘safe harbors’ anymore — with the possible exception of middle-market commercial lines and above. And, possibly, high net worth personal lines.

The only true safe harbor left is to create a bond so meaningful to your customers they simply don’t want to replace you.

As we’ll explore later, a growing demographic doesn’t just care about price, and they’re the most profitable customer you can get.

NOTE: Even the ‘possible exceptions’ mentioned above will be threatened by other independent brokerages that can create those bonds.

They’re getting bigger every year. At some point, they are going to do something innovative. We’re going to be going up against bigger competitors with more resources.

This chart shows the relative in Size of the top 10 brokers in the United States. Compare them to the almost invisible line representing the $5 million revenue agency

As is common in mature industries, you’ll be facing bigger and bigger competition as the years go by. Fortunately, size alone does not guarantee success

However, it provides a buffer against threats, challenges and shocks for the industry. Smaller agencies and brokerages do not have that offer.

Furthermore, if these larger and mega agencies do you choose to invest some resources in innovation, technology in customer experience, they will set very difficult competitive standard for the less adaptive, slower moving agency or brokerage.

Suppliers are slowly gaining more power in the carrier–agent relationship. Unfortunately, this is happening at a time when consumers perceive less distinction between one policy, provider or carrier and another.

Bottom line #1: The burden of distinction and the ability to make unique and meaningful connections to the marketplace rests firmly on the shoulders of the agency or brokerage.

Don’t wait or expect carriers to deliver it.

But, if you want to win today’s customer, you must add value at the broker level. Lots of it.

Buyers have more choices and they will have even more choices in the coming years. This puts the consumer in an increasingly powerful position.

Bottom line #2: Agents and brokers must prove that they matter to the consumer and that they can satisfy critical consumer values better than alternative sources.

Emerging, digital competitors are swarming into the marketplace. Venture capital is discovering the sheer economic beauty of renewing insurance income while they are leapfrogging the agency system’s ability to connect with the consumer using digital technologies.

Bottom line #3: Agencies and brokers must catch up to the consumer.

The consumers’ comfort with an expectation of digital communications is so self-evident as to be obvious. The flow of new investment in the industry makes it legitimately urgent.

Private equity and other sources of funding are accelerating the pace consolidation in the industry. The average agency will be facing larger competitors as the year go by. If those competitors add innovation to their strategy, they could present a serious challenge to the unaffiliated Main Street agency.

So let’s tie it all together…

The gentle, pleasant, stable days of ‘insurance agency as the ultimate lifestyle business’ are over. New demands are being made on agency and brokerage leaders.

They must do more than simply execute reasonably good business practices. They must keep up — or more accurately, catch up — with a very fast changing business environment and with the rapidly changing demands of today’s consumers.

Since emerging competitors and savvy rivals are doing precisely that, today’s insurance leader must act with urgency to make themselves irreplaceable.

Consumers can buy insurance from many sources. They’ll have even more choices tomorrow.

But while other choices offer more convenience to the consumer – and some choices deliver better price, we deliver ‘us.’ Real people serving real people.

Many consumers care about that. And that’s where the money is.

Live Webinar: How to Streamline and Grow Your Agency with Intelligent Automation