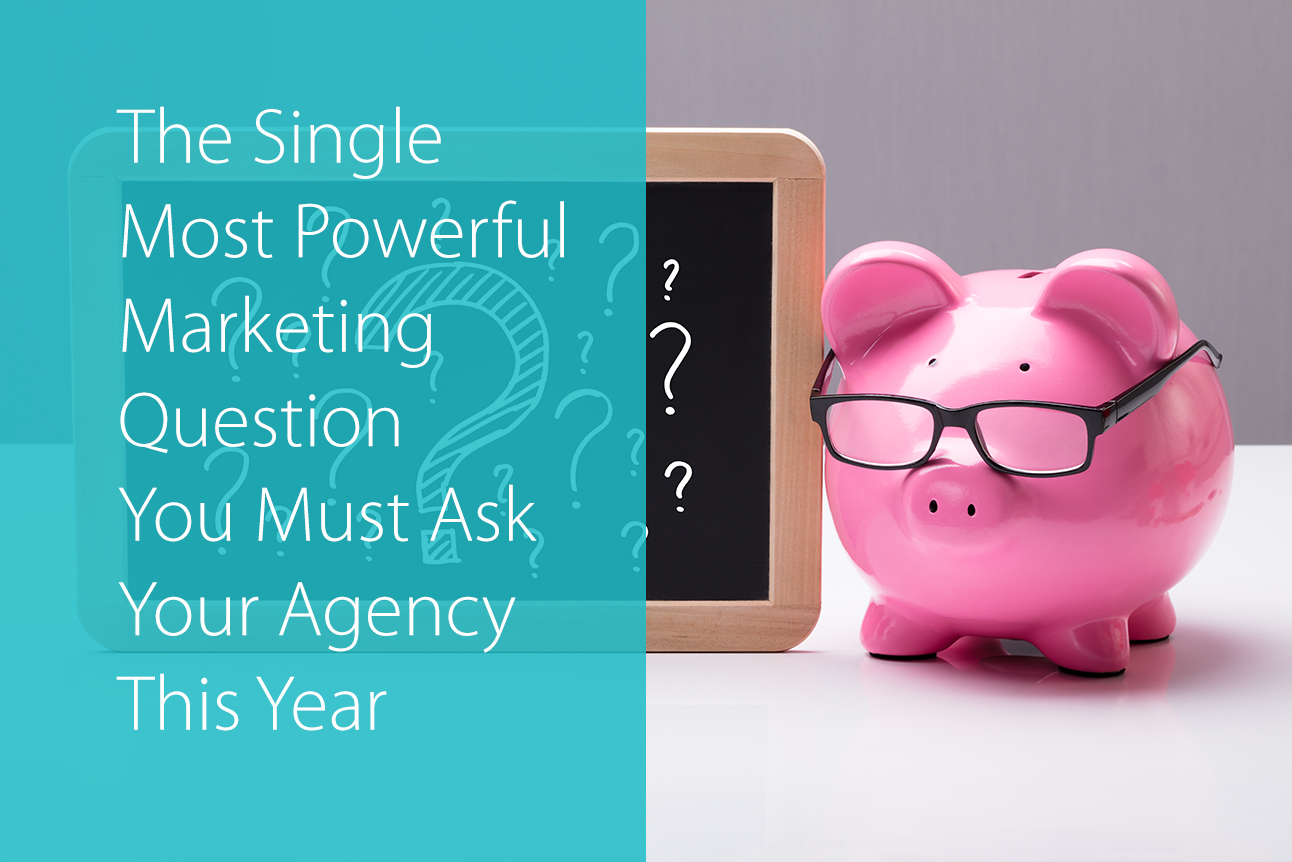 Want to know the latest marketing tricks to grow your agency?

I might know them all. Over the years, I created quite a few.

But not anymore. Tricks are for kids.

I have something better. It makes more money. It saves effort.

It’s simple. (Simple does not mean ‘easy’ – but this can be easier than most imagine.)

It’s not about deciding the dozens of tactical questions that agencies need to consider for growth.

Agents and brokers are busy.

Like most entrepreneurs, they’re busy running the shop. The demands of the day tend to focus attention right there. On the day. The customer problem. The team problem. The carrier problem.

Those are tactical problems.

The problems of strategy are easily ignored. When Tuesday looks like Monday, and Wednesday looks like Tuesday… day after day and week after week, the impending pressures of larger forces are often ignored.

From time to time, assessing, analyzing and responding to strategic forces can mean more than new heights of growth.

It can mean the difference between life and death.

From time to time, the smaller questions — which coverage to offer this customer, what to say to this employee — must give way to the bigger questions:

At the core, we need to ask:

“What promise can we make to today’s customer that they most care about? What do we have to do to fulfill that promise?”

I recently had coffee with a very high net worth friend. Because he knows I’m ‘in insurance’, he wanted to pick a bone with the industry… through me.

“Michael, I have a lot of insurance,” he said.

And then he said, “And I never hear from my guy.”

Does that surprise you?

Is that any way to fulfill a promise to people who expect us to protect them? Can we earn their trust if there’s no sense of connection or relationship?

That promise is something they rely on, and yet, recent surveys of North American consumers reveal that their expectations for the industry’s delivery on that promise is relatively low.

Why are expectations low? Because — again, according to the consumer — our delivery on the promise is low.

That’s not a tactical problem.

The ‘disconnect’ between consumer and insurance provider is no longer acceptable. They have more options than ever. And you can bet even more are coming down the pike.

What is the one thing this channel can deliver better than competitive channels?

Consumer behavior has changed – and created a gap between the agent-broker channel and the customer.

And emerging competitors want to jump into the gap. They want to wedge in between the agent and channel – and make that gap even bigger.

Those customers are silently begging the answer to a question. It’s a question every business should be asking itself. Always.

Cynthia Montgomery, one of the leading strategists in the country, who teaches successful entrepreneurs at Harvard Business School, asks this fundamental question — which I ask you right now:

Does your agency matter?

As new competitors emerge, this is THE question you need to answer. (Your clients are silently asking.)

Of course your agency matters. You sell insurance — and that’s critically important.

But, as the competitive forces offer more and more choices to the consumer, the complacency we’ve developed from well over a hundred years of relative growth and stability may be our worst enemy.

The implication, of course, is that one party really holds the answer to the question of whether your agency matters.

It’s the most important question every business must answer. And platitudes won’t suffice.

Yes, at some point, we need to ask and answer the tactical questions. (There are thousands of them).

What should our CSRs say when they answer the phone?

Which carriers should we cultivate? Which should we drop?

Those are great questions.

But, absent strategy, agents and brokers become like the proverbial chicken with its head cut off.

They get the right answers to the wrong questions. They take shortcuts in the wrong direction.

A thousand steps in the wrong direction won’t get you where you want to go.

First let’s answer the one question — the one about the best possible relationship between your agency and the marketplace.

Why the right strategy will change everything. And the wrong one will ruin it all.

Imagine this — you focus on one or two things that really matter, and by focusing your energy you get very powerful results in everything you do.

That’s the power of strategy. It infuses everything else.

Just as important, it determines which tactics to execute. Which to ignore.

Strategy aligns all of your activities in the same direction.

Properly done, it makes sure you’re aligned in the right direction. (That’s the hard work… and that’s why so few do it.)

The essence of great strategy is making choices, but once we make those choices, those one or two things that we focus on deliver a cascade of positive outcomes.

You must choose where to play in the business you’ve chosen.

This means looking at the facts, and a great deal of strategy work is trying to figure out what’s going on, what the facts really are. It’s less about deciding what to do, and more about the fundamental problem of comprehending the situation.

Once upon a time this was a relatively easy business to operate in. It may not feel that way now, but compared to a lot of other industries we had certain advantages.

After World War II, we experienced the fastest growing economy the planet had ever seen. If you were able to keep your doors open in the ‘50’s or ‘60’s, even the ‘70’s or ‘80’s, this was a pretty good industry to be — the biggest best kept secret in the Northern American economy.

When some people were sacrificing to send their children to law school and medical school, there were others that said, “Hey, why don’t you just take over an agency?” And they did quite well.

(And there was a lot of golf to be played).

Good sales skills and some decent fundamental business skills almost guaranteed a great small business with the lifestyle to go with it.

It used to be that strategy was, more or less, baked into the industry.

The ‘agency system’ was actually an element of somebody else’s strategy.

Carriers had a product, they had to be able to sell it. How were they going to sell it? They invented this thing called “you”. Now they’ve got agents and brokers.

But times change! Relying on ‘what worked before’ puts your agency in the past.

Today’s consumer is rocketing rapidly to the future – and new competitors are chasing them just as fast.

For most insurance, this channel is not built to be the cheapest. So stop competing on price.

We don’t come close to competing on convenience.

But, we can offer the confidence that comes with relationship.

Today’s technology can strengthen those relationships. It can deliver ongoing value. It can help you reach out to every person – as an individual person.