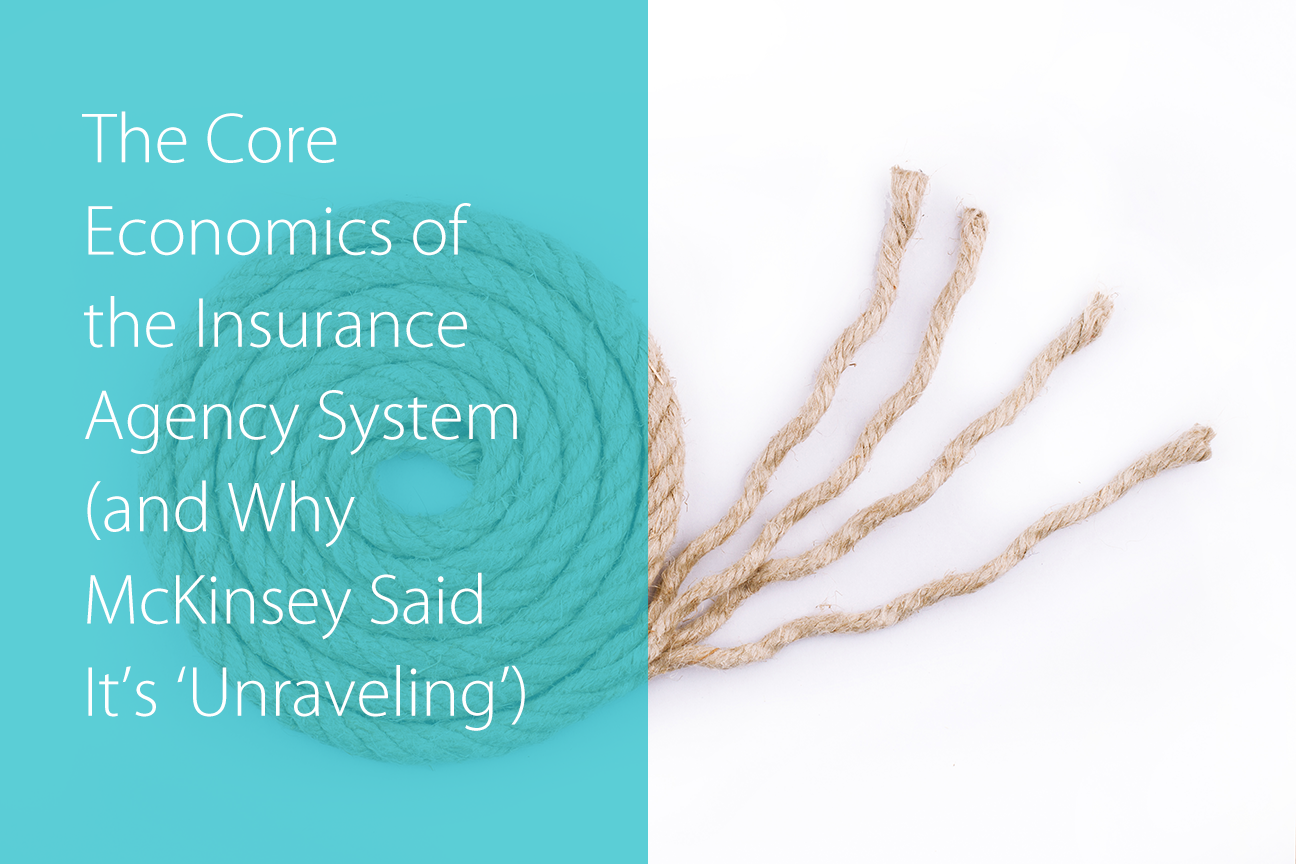 The grand history of the agent-broker channel rests on one inherent strength that’s built into the system.

This is a relationship business.

We sell the invisible. Nobody opens up the box and feels it, looks at it, touches it. ‘oohs and aahs’ over it.

They barely examine the agreement to review the features. (I can’t imagine a single product that people are less likely to examine when they bring it home.)

For most people, it is, at best, a once-a-year experience.

And when they do it, they’d rather be doing something else.

Much more than most sales, when consumers buy insurance, they buy you.

But, over the decades, a few things have happened to change the channel’s relationship with the marketplace.

Once upon a magical time, agents were like small town or neighborhood mayors, connecting people, glad-handing at the Rotary or Little League. They knew their customers, and their customers knew them. Now—whether you have 3,000 or 30,000 customers—you probably wouldn’t recognize them at the grocery.

Now, if you’re not communicating at least some of your message digitally, you’re probably not having many real conversations. And, more than likely, one of your competitors has jumped into the gap.

Or, more accurately, when they say it is.

A short while ago, one of the most respected consulting firms in the world—McKinsey & Co.—rang the death knell for the agent-broker channel.

But, we’ll be better prepared and better able to react and adapt if and when we had a clear-eyed and sober evaluation of our own vulnerabilities.

Set aside mid-market commercial lines for now. Take your personal or small commercial lines account. Let’s say, for the sake of discussion, you’re getting $250 commission for that business.

Your CSR takes the call, delivers the quote in one or two phone calls. Writes the business and enters it into the agency management system.

Realistically, by the time she completes the process and enters the data, how much of that $250 is left? Not much.

Then, you’ve got the rest of the year to keep the lights and the coffee on. And, in true cost-allocation, that customer pays her fair share of every line on the expense budget.

Where’s the money for this so-called ‘relationship building’ – other than passively ‘taking inbound calls’ and responding to their occasional requests?

Most agencies don’t miss their annual account reviews with their customer base because they want to.

They miss it because they just don’t have the resource.

When the CSRs say they’re busy, they really are busy.

The old school method may have worked in the old days. (And it’s a rare client who wants you to make a random interruptive phone call for ‘relationship!’)

The good news is that today, you can multiply your presence, your value and your positive, meaningful communications with modern technology. The relationship problem is solved. With Fuse™ you can micro-target and automate your email, direct mail, or text message communications so the right people get the perfect message every time.