Glimpse the Future with Greg Williams 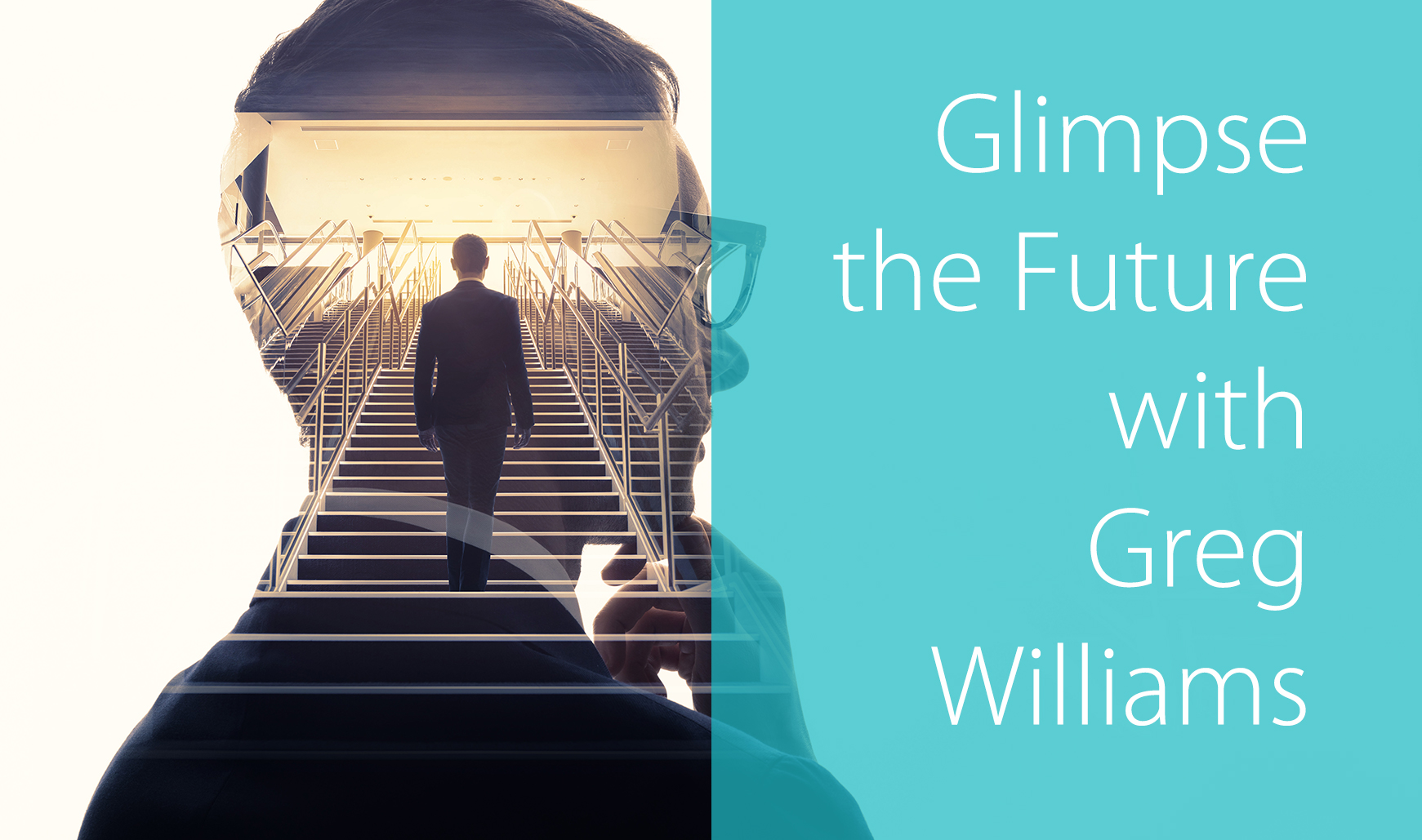 In a recent episode of the Connected Insurance Podcast, our own Michael Jans chatted with Greg Williams, the CEO and President of Acrisure, to glimpse the future of the retail insurance agent and broker through his eyes – and it’s a vision worthy of attention.

Williams is a notable insurance industry leader whose company, Acrisure, is the 9th largest agency in the United States. Majority-owned by its management team, it is one of the most profitable firms in its peer group, and it has grown at a staggering rate of 80%, primarily due to mergers and acquisitions – 110 in 2018 and 92 in 2017. It has almost 1.5 billion in revenue and will celebrate its 14th year of operations in 2019.

Looking into the crystal ball

As for the future? “Change is coming,” promises Williams. “You’ve got to be prepared for it. This is an industry that for the most part, has been unchanged for the last couple hundred years.”

“I think the changes are vast,” he adds. “They’re happening slowly enough that people aren’t noticing it, but the changes are going to be fast if you look at the next three, four, five, and certainly 10 years. Over the next five years, I think we’re going to trade differently and what the marketplace looks like will be different as well.”

Surely, Williams refers to the elephant in the corner known as InsureTech? Won’t all our industry’s technological streamlining ultimately hijack the agent/client relationship and irrevocably change consumer behavior? Isn’t insurance ultimately going to become a commodity product delivered via smartphone within the next 10 years?

Not necessarily. While Williams does see the need for agents to differentiate themselves to combat the increasing commoditization of the insurance sector, he’s quick to point out that agents and brokers have “what everyone wants”, namely, the client relationship.

“If you look at InsureTech, there’s a lot of companies that are in that chain that are looking to leapfrog others and get closer to, frankly, the thing that we as a retail broker are looking at. We have the client relationships, so everyone’s trying to get closer to that client relationship. InsureTech investment is the way that they’re doing that or attempting to do it.”

However, Williams believes that while some of the agency business will fall to InsureTech, particularly in personal lines, the ultimate value creation element of the client/agent relationship will not be replicated by software. “We’re bringing solutions and information to clients that they’re just not going to get through an online portal and going to some website that says, ‘Here’s your buying options’.”

In particular, Williams is bullish on small- to middle-market commercial business clients – and not just in terms of his company’s own profitability, though the majority of Acrisure’s business does focus on SME clients, the predominant group in the US marketplace.

Williams’ prediction for the future is that that small- and medium-sized enterprises will be impacted the most by options they’ve not had previously and that their spend on insurance will be maximized like never before.

“The clients, ultimately, are the winners in that advancement and that improvement.”

Williams foresees that InsureTech will continue to drive value chain compression, which in turn will increase the range of opportunities for clients because ultimately, agents and companies who have prepared well will have more data, more information, and be able to use it to more optimally service their clients’ needs.

“If you look at the marketplace, there’s a lot of discussion in the world around value chain and value chain compression. If you look at the retail client is paying us, the retail broker in terms of premiums or they’re placing premiums with us. We turn around and place those premiums with wholesalers, MGAs, MGUs, insurance companies and the like. Insurance companies are turning around and taking some of that risk and laying off some of that risk to reinsurance companies so reinsurance broker. Then, ultimately, there’s the underwriting capital, the capital markets that are underpinning the entire industry.

“The whole point to the value chain and compression that will happen there and having information, the data as well as markets, is that what it does, it just broadens the scope of what’s available in terms of the universe of opportunities for a client, what’s available to them that they may not know about if they’re on an online portal for a certain carrier or a certain technology company.”

At Acrisure, Williams has anticipated value chain compression, and for the last few years, the company has developed proprietary technology to harness data – and the mining of vast amounts of information.

“Based on an in-depth, granular, analytical view of our business, understanding where in the marketplace could we take that premium and those clients, and make sure that they’re getting the maximum amount of value for their insurance spend, is what it’s all about. Representing our clients in the most robust, deeply thoughtful way that we can, is really the goal.

Where Williams foresees slow but vast change creeping over the insurance industry is where agents and brokers will be able to place business, based on the ability to comprehensively evaluate and balance a myriad of factors, from data that’s made available by technological advances and value chain compression.

“If you’ve got some size and scale and data, the information about your clients and the premium and workplace and the lines of business and all of the various components, exposure or loss data, et cetera, all the things that are going to be important, that are important to the end of the chain.

“When I say the end of the chain, the insurance and reinsurance companies, and the capital markets, that’s the information and that’s the gold nugget, if you will, of the things that they’re looking for. If you have it, you’ll have opportunities to place business with markets that you otherwise would not.”

In other words, the future holds great promise for agents and brokers because the markets will embrace them, and the way they will be able to represent their clients’ needs and offerings.

“If you dislike change, you’re going to dislike irrelevance even more”

The words are attributed to General Eric Shinseki, a retired United States Army general and Vietnam War veteran who served as the United States Secretary of Veterans Affairs, and they summarize Williams’ advice to agents and brokers.

“If you’re positioned for change and understand that it’s coming, you’re in a great place,” he advises.

“If you’re smart and thoughtful about how you take that relationship and align yourself with the right people, the right resources, the right technologies, etcetera, I think you’d be prepared to be successful for a long, long, long time.

“It’s those that stick their head in the sand and say, “Look, the world’s going to stay the same, it’s not going to change,” and so forth. Those are the folks that are going to probably struggle as you think about five and 10 years from now. I think the world is going to change enough that you won’t have the luxury of doing that.”

To listen in to Greg Williams’ entire conversation with Michael Jans, tune in to this episode of the Connected Insurance Podcast. For year-round insight and inspiration, subscribe to get notified of new episodes.