What is Your Insurance Marketing Strategy? Part One 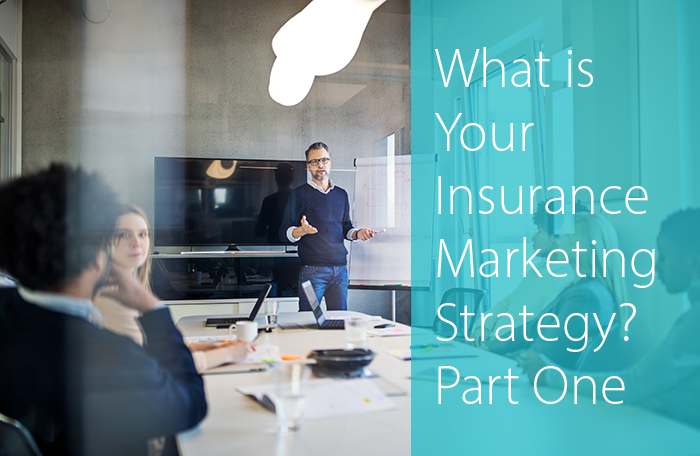 I’m going to cut to the quick; as much as I can with a topic as challenging as ‘strategy’.

I want to share a glimpse of the thinking, research, and observations behind my strategic recommendations.

My clients and followers have heard a small handful of exhortations over recent years: Lean upmarket. Market faster. Grow faster. Control the customer and the customer experience. Connect deeply at every stage of the customer relationship. Take innovation seriously – as if your agency depended on it.

In my experience, those who understand the thinking behind these recommendations ‘get it’ – and act decisively.

I understand the itch to skip the analysis. Few things spell B-O-R-I-N-G like ‘analysis’. (“Just tell me what to do! Why are you making me think so hard?”) Fair enough. Skip it.

But, if you would humor me, I could tell you to run fast. Or, show you the tiger chasing you.

I’d rather that you see the tiger.

Let’s spend a few moments and look for that tiger. (And, let’s look for the ‘friendly forces’ too).

But, this one—what is your strategy—is the single most important one you’ll ever make.

You’re either going to point your ship in the very best direction—avoid those rocky shores, storms, and counter-currents—or you’re not.

You will either have the best route. Or you won’t.

That adds an element of gravity to this decision. There’s one ‘fast-best’ route for you. Others will be good, fair… or downright dangerous.

But, there’s only one best way.

Agents should take this decision seriously. I get the resistance. Strategy is hard work.

But, it’s not nearly as hard as bad strategy or no strategy at all.

That’s why I encourage my clients to ‘stress test’ their strategy before they execute. Beat it up. Resist the human tendency to find all the reasons your decision is right.

Find all the reasons why it’s wrong. This IS the life-or-death decision in business.

You have ONE best strategy. Every other strategy you might pick is not-best.

And that’s not good enough.

I can show you where those big rocks and storms are. That’s important.

But, ultimately, you must make it fit for you and/or your agency.

You must articulate clearly:

In the absence of facing these questions head-on and answering them, you’ve made the default decision: what you’re doing right now is the best strategy for your agency’s growth.

Michael Porter—author of the single most downloaded report in Harvard Business Report history—advises business leaders to develop their strategy with a clear-eyed analysis of what’s happening in the real world – often identifying forces that are easy to ignore in the trenches of day-to-day operations.

His model segments those real-world forces into five categories, based on the premise that growth and profits tend to follow power, that we should be aware of where that power is, and how it flows. Then—and only then—can we map out a path that navigates us to success.

For an agent, we need to ask where that power flows in these five areas:

The future of suppliers

Our suppliers are our carriers. What trends here impact the agent of today?

First, they are consolidating:

What does that mean for agents? Generally, consolidation of supply lends more power to the supplier; with fewer choices, agents may be feeling the influence those carriers have.

At least one recent podcast guest—a well-respected thought leader—predicted some near-term decline in commissions. This is typical when suppliers have more power.

It’s also typical when the suppliers are facing some pressure on their own. And, they are.

Another recent podcast guest—the former CEO of a major national carrier—suggested that carriers have plenty on their minds. Until recently, they enjoyed two unique advantages – advantages that kept competitors out of the game:

Their world is changing. Just as technology is transforming the game for successful agents, it’s making carriers act – and act quickly.

The big research groups and advisory firms sing like a single chorus: carriers must ‘go digital’.

They see digital investments as a major threat and a major opportunity. (As is so often the case in times of turbulence. The same wind that blows one boat over, propels another to victory).

They see emerging technologies attacking friction in the supply chain – with the potential to liberate new profit and accelerate growth for their business.

If they can stay ahead of emerging competitors.

Or, more likely, stay ahead of existing competitors that have the agility and capital to re-engineer legacy processes to the much more modern versions of themselves.

What does this mean for the agent of today?

They may, in fact, get caught between the awkward rock and hard place of a supplier community that, on one hand, wants to lower commissions (and has the power to do so) and, on the other, has pressures of its own.

Clearly, you don’t have control, for example, over the commissions established by carriers. But you can influence your commissions and appointments by controlling what you can:

In a recent report, the global consulting firm, EY, urged their carrier clients, “Be ruthless with brokers who are damaging the long-term economics of your business.”

Around the same time, they reported that fully 44% of current customers report no interactions during the previous 18 months. Only 14% reported being highly satisfied with the communications from their insurance provider. And they say this is a relationship business?

In other words, you can anticipate that carriers may be more and more selective on agency appointments. Agencies that demonstrate customer loyalty—and the maximum Customer Lifetime Value that it brings—will be the protected class.

Disruption from new entrants and substitutes

Some of the more disruptive insurtech entrants have been wanting to feast on the agents’ lunch for a while – often with direct-to-consumer technology platforms. (Note that several carriers have made investments in more than one of these).

While their collective bounty hasn’t been much more than a nibble, (remember that trends don’t move in straight lines) they hit inflection points.

So far, the growth of competitive channels—at the expense of the agency force—has largely been in the personal lines sector.

Expect that to change.

Commercial lines (at least, in the ‘small commercial’ end of the spectrum) is being actively targeted by emerging digital competitors.

Of course, they are. Consider this: according to a recent report from Deloitte, 84% of small business owners claim they’d be willing to ‘buy direct’. No broker.

Investors are hungry to be on that bandwagon.

Business owners are the same consumers switching to GEICO for their personal car insurance. They know a trend when they see one. And we know consumers have an appetite.

What this means for agents and brokers

Ultimately, most analysts predict a substantial reduction in premiums in many key sectors.

This raises the question of your Strategic Horizon—that point at which you’re no longer significantly invested in the industry. The farther out your horizon, the more you need to consider long-term trends and begin to make adjustments now.

The date is unknown, but it will arrive… the day when it becomes too late to pivot.

This article is an excerpt from our new ebook, The Marketing Guidebook for the Modern Insurance Agency: How Savvy Agents are Taking Control, Shifting Direction, and Winning in the Modern Insurance Age. Download here to gain a crystal clear understanding of the strategies that will bring your agency long-term growth, build meaningful relationships at scale, and avoid the common pitfalls agents make every day.